Various, from the first week of Arman. Agatha Smee, ed.

Multiple seafaring citizens of our fair city report their ships were recently boarded by one Captain Nathaniel Pierce, Captain of the TSS Indomitable. He claims to be on the hunt for pirates and is confiscating property, provender, and prizes at will. The TSS Indomitable is a large, well-armed and -crewed vessel; smaller ships and those with cargo are advised by the Rilador to steer clear of the Tachrosi side of the Lankaeran Sea until their navy finds something better to do. 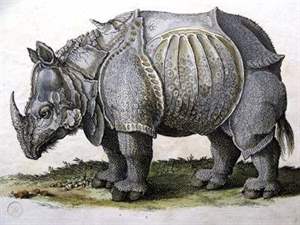 Advice for the pirate in distress

Dear Captain, etc.,
I am the leader of a local faith group, and have recently been informed by a visiting priest that I have been using the wrong pronoun while performing our sect's most important Rite. Apparently saying "We consecrate…" instead of "I consecrate…" implies it is the community doing the consecration rather than Our Lady working through me - rendering my decades of performed Rites invalid in the eyes of the Sect, and the many souls I have sanctified, unintentionally desecrated instead. Problem, as they say, the first.
It also appears that my mentor, the holy witch who ordained me, also used the "we" phrasing - it seems that I am neither a soul sanctified to my Sect, nor in fact ever capable of performing the Rite to begin with.
How do I proceed from here? This has been my lifelong calling. - Pronoun-ced Profane

My holy friend,
You number two serious problems in your letter, and I do feel for the crisis of faith you must currently be experiencing. However, can I recommend looking at this particular conundrum in a different light? Instead of “predicament” try “blessing,” instead of “crisis” try “opportunity”! It is well known that it is the fate of every truly great Sect to schism, and to schism often. You and the other disciples of your mentor have the chance to build something new here, a branch of your faith that does not see community consecration as a mistake, but as a strength! I can’t wait to see what you, your colleagues, and your Benevolent Lady create  - and remember the words of the pirate’s prayer: “Take what you can. Give nothing back.”

Letters to the Captain can be sent to the offices of the Volos Cutlass, attention T. Oromë . 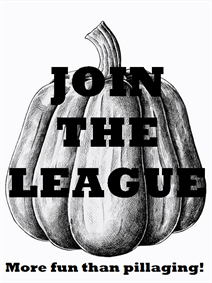 SQUASHBUCKLING LEAGUE: We're excited to announce our new squashbuckling court at the Purple Troll! Hurl enchanted, bouncy gourds at our squashbuckling walls while sharing your tallest tales and showing off your saltiest swagger. The league has limited spaces, and teams are filling up, so come down and sign up soon! Squashbucklers are financially responsible for any damage done to the property in the course of their bouts.

TIPS & TRICKS FOR A COZIER HAMMOCK: The Amateur Interior Designers' Society of Volos will be running a workshop at the library every Zuresi for the next month. Learn how to spruce up those shivered timbers, add colour and pattern coordinating with your ship's flag, and most importantly: make that hammock cozy!